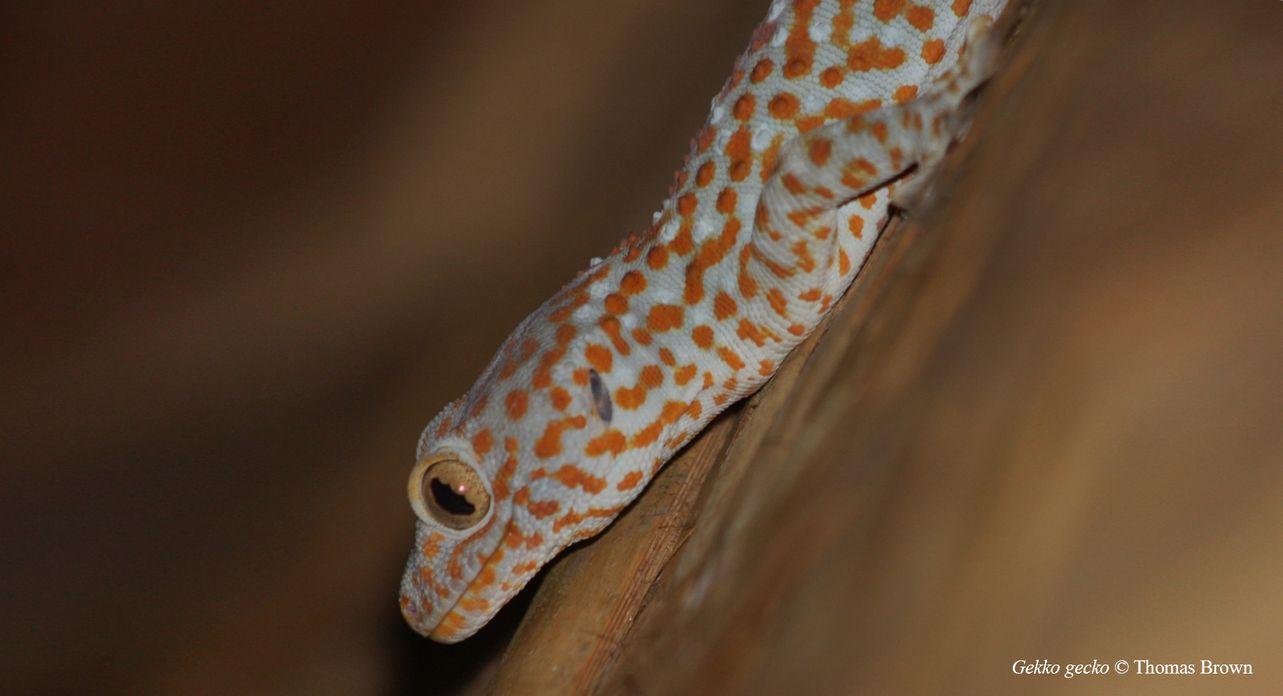 A success with a taste of victory for the association, accompanied by a great challenge to come. The MERCI project (Managing Exotic Reptiles on Caribbean Islands), led by Caribaea Initiative, was selected by the Caribbean program Interreg for a FEDER (European regional development fund) grant of € 403,628.

The ecosystems of the insular Caribbean are particularly vulnerable to invasive exotic species. While some of these species have already received special attention from scientists and managers, such as mammals and lionfish, others such as reptiles have been relatively little studied. However, several factors such as the trade in exotic reptiles, the significant air and sea traffic between the islands and with the continent and mass tourism increase the vulnerability of the insular Caribbean to these species. While new species of exotic reptiles have been reported from different countries and territories in the region in recent years, scientific data remains lacking. It therefore appears necessary to better identify the species at risk and to understand their potential impact on native species in order to react with appropriate management measures.

The MERCI project constitutes an integrated approach to the problem posed by invasive exotic reptile species in the Lesser Antilles. It aims in particular to improve scientific knowledge on these species, while providing technical solutions to prevent their introduction or to limit their expansion. The project, which will last for a year and a half, is divided into several complementary tasks. 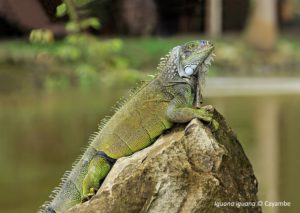 An essential inventory of the exotic species of reptiles already introduced in the Lesser Antilles or likely to be so will be carried out. The species will be inventoried and the current and future demographic trajectory of their populations on the different islands will be analysed. Thanks to this approach, it will be possible to assess the risks posed by each species on local ecosystems. This first task will result in the creation of an online database gathering all the knowledge on these species, and constituting a valuable tool for the implementation of management measures for exotic reptiles.

In a second part, the project will focus on a few specific species. Certain invasive exotic reptiles deserve special attention because of their significant impact, known or potential, on native species. This is the case for the green iguana, several species of geckos and anole lizards, and freshwater turtles from the Trachemys genus. Research projects focused on these species will thus provide a better understanding of the consequences of their introduction, their demographic expansion and the impact they have on local ecosystems. This knowledge will led to recommendations for management measures at the local and regional levels. 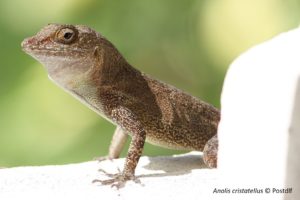 Finally, one of the most applied tasks of the project will be to strengthen preventive measures against invasive exotic reptile species. The development of a mobile application will constitute a technical tool facilitating the identification of species at risk. Training sessions will also be organized, for the general public but especially for professionals such as customs officers or environmental police services, who are directly concerned by the problem.

For this ambitious project, the association Caribaea Initiative is counting on the support of many partners: the Office Français de la Biodiversité (French Office for Biodiversity), the Université de Bourgogne, the Université des Antilles, the French National Museum of Natural History, but also other partners in Dominica, Saint Lucia and Saint Vincent and the Grenadines. Caribaea Initiative is also pleased to see its team grow bigger for the occasion with the recruitment of Vivien Louppe, in charge of the scientific coordination of the project, and Elise Queslin, director of programs. A team that will be strengthened by the participation of researchers, local agents and Caribbean master’s students.