If there any pigeon out there? On the importance of counting techniques to estimate bird populations 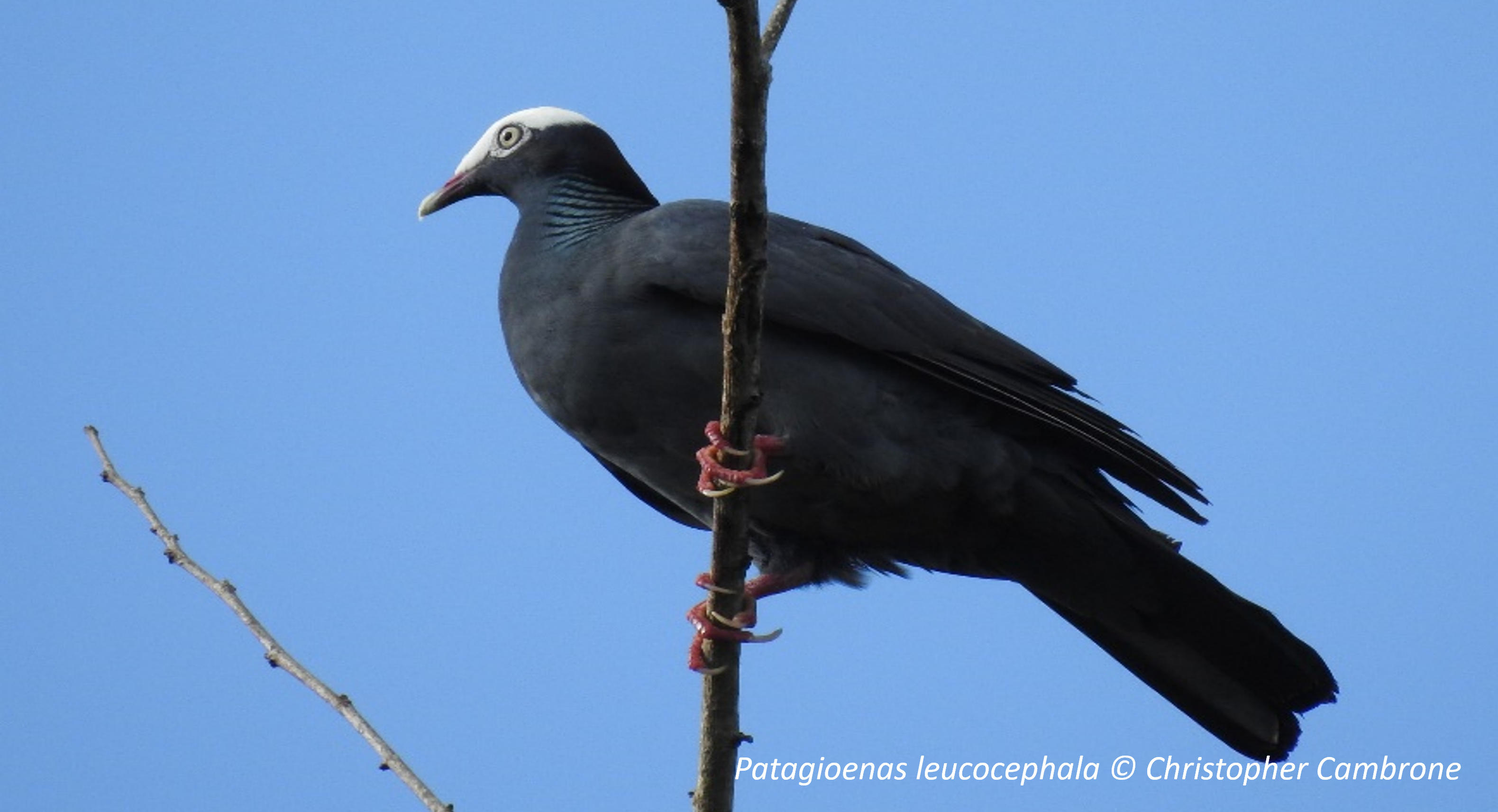 Detecting birds in their environment in a reliable way is essential to estimate their abundance, to understand their geographical distribution and their habitat preferences, or to develop relevant conservation actions. Although several methods exist, their efficiencies differ, as demonstrated by a new study during which the presence and abundance of two species of wild pigeons of patrimonial and hunting interest were estimated in Guadeloupe.

The White-crowned Pigeon (Patagioenas leucocephala) and the Scaly-naped Pigeon (Patagioenas squamosa) are two Caribbean-endemic bird species currently threatened by the degradation of their natural habitat and strong hunting pressure in various parts of their distribution areas. Uncertainty about population size and demographic trends have led the French authorities, by virtue of a precautionary principle, to take actions in Guadeloupe, French West Indies. Hunting of the White-crowned pigeon has been suspended, while that of Scaly-naped Pigeon has been limited, provoking the wrath of local hunters. However, despite their high cynegetic and heritage value, reliable information on the abundance and demographic trends of the two species is still lacking. To obtain such data, different counting methods exist, but their relative reliability has not been estimated until now. Hence the interest of the study carried out by Christopher Cambrone, a PhD student at the Université des Antilles supported by Caribaea Initiative, and recently published in the European Journal of Wildlife Research.

Christopher Cambrone compared the effectiveness of the so-called “passive” method, which consists in visually observing or locating through their vocalizations the presence of the two species along walking transects in a natural environment, and the “call-broadcast” method. The latter method simply consists of adding to the previous one the broadcasting of calls of each species, with the idea that nearby pigeons will be attracted and will then approach the observer and/or respond with vocalizations. 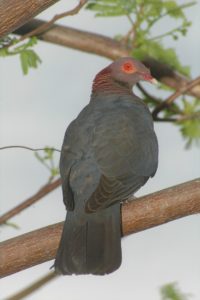 The study, that was conducted in Guadeloupe for two consecutive years, over 17 different sites located in various types of supposedly favourable environments for the two pigeon species, led to particularly interesting results. The call-broadcast proved to be the most efficient method, through avoiding the problem of “false absence” and increasing the probability of detection of individuals. Indeed, in several sites, the call-broadcast method allowed the detection of the presence of the White-crowned Pigeon where the passive method failed to do so. The study also showed that the passive method, previously used to document the presence and abundance of the two species, tends to underestimate those key parameters. The call-broadcast method actually appeared to be particularly effective for birds present in low numbers in closed environments where direct observation is complicated, such as dense forests. The results of the study also provided a better understanding of the distribution of the two species, and in particular their contrasted spatial distribution. While the relatively rare White-crowned Pigeon, was detected in various environments (dry forest, mangroves, swamps, etc.), the more abundant Scaly-naped Pigeon was only detected in tropical rainforests.

In a complicated context where, in Guadeloupe as elsewhere, the interests of ecologists are often clashing with those of hunters, this study demonstrates the importance of having reliable data, collected through rigorously tested protocols, and published in full transparency. Once again, it shows the importance of adopting a scientific approach to the management of game species, independently of the conflicting interests of subjective stakeholders.

Christopher Cambrone is currently finishing its PhD research at the Université des Antilles, in the BOREA Research Unit, under the supervision of Prof. Frank Cézilly and Dr. Etienne Bezault. His thesis focuses on the biology and population genetics of two species of pigeons present in the Caribbean: the White-crowned pigeon, Patagioenas leucocephala, and the Scaly-naped pigeon, P. Squamosa. This research and his PhD are co-funded by Caribaea initiative.

Christopher obtained his bachelor’s degree in biology and his master’s degree specialized in behavioral ecology at the Université de Bourgogne Franche-Comté (Dijon, France). He was one of the first students to enter the Caribaea Initiative program, in his first year of master’s degree, during which he initiated his research on the White-crowned pigeon and the Scaly-naped pigeon.