Blood or saliva: In birds, the DNA sampling method matters 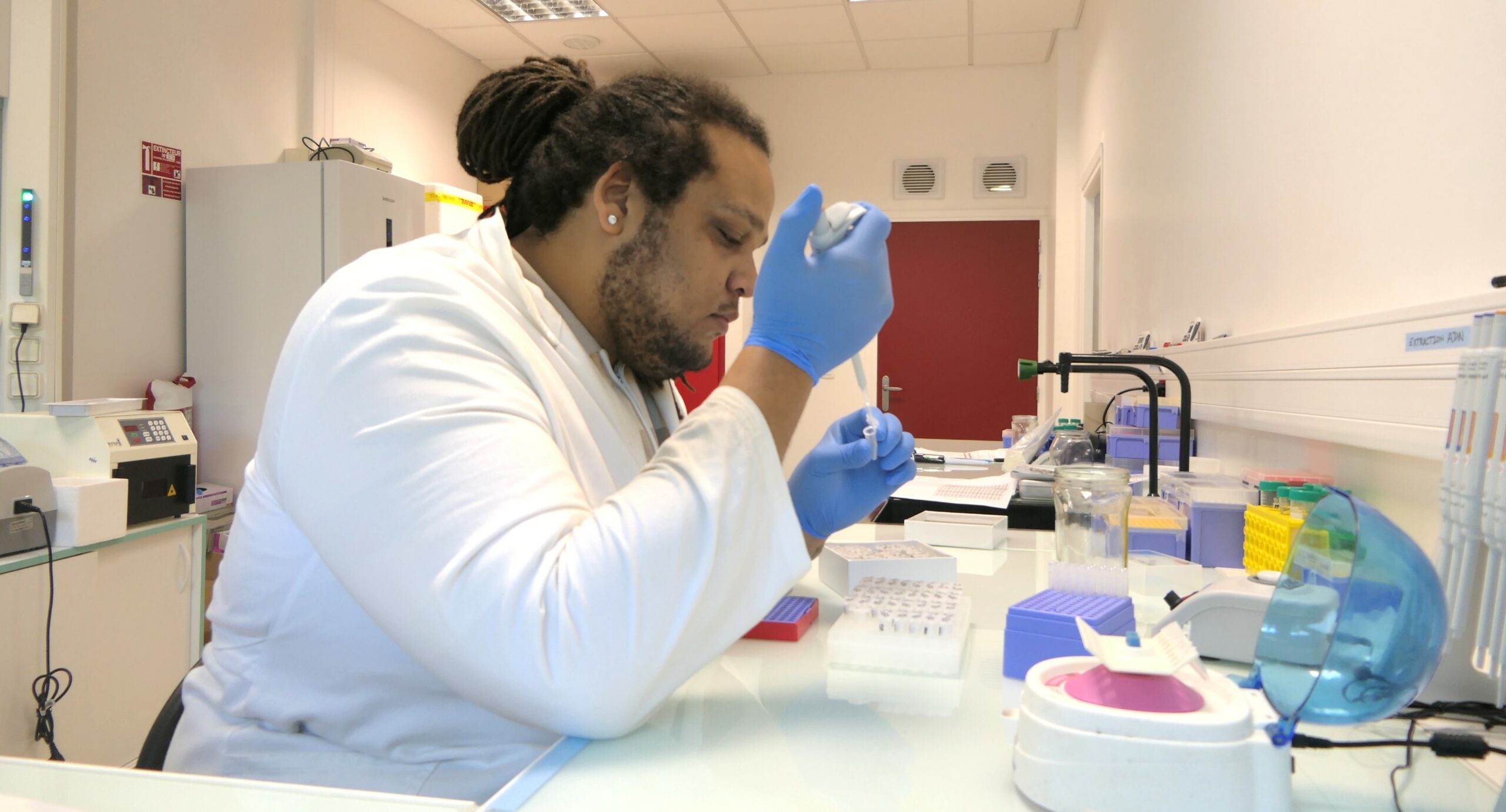 In the study of many species, DNA samples provide valuable data. In birds, DNA is often extracted from blood samples, a method that requires a potentially stressful handling for the animal. DNA extracted from saliva could offer a good compromise under certain conditions, as shown by a comparison of the two methods in the White-crowned pigeon.

DNA contains a lot of information for researchers. Its analysis leads to varied data, ranging from the identity of individuals (determination of sex, parental relationships) to data on entire populations (estimate of the size of populations, importance of gene flow among them). Studies on wild bird populations thus commonly use DNA samples, obtained from a simple blood sample. The red blood cells of birds, unlike ours, have the advantage of having a nucleus rich in DNA, such that a blood sample of a few microliters is enough to perform many genetic analyses. However, this method involves some constraints: it imposes a stress on the animal and requires adequate equipment to properly preserve the DNA. 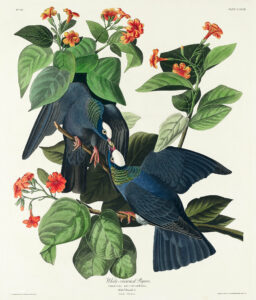 The white-crowned pigeon (Patagioenas leucocephala) is a species considered as near-threatened and is endemic to the Caribbean. It is particularly sensitive to capture and handling, which can even induce a state of tonic immobility in some individuals. A gentler method for collecting DNA might therefore be preferable in this species. Recently, Christopher Cambrone and his colleages sought to establish to what extent a simple saliva sample could replace a blood test.

In total, 28 White-crowned pigeons were captured in the Dominican Republic, and all of them were sampled using the two methods: a blood sample was taken from the brachial vein and saliva was sampled as well by rotating a buccal swab in the mouth of the animal for 10 seconds. In the lab, DNA was then extracted and amplified at two mitochondrial gene sequences and using two primers to identify the sex of individuals.

While the researchers managed to successfully extract DNA from all the samples, its quality and quantity differed depending on the technique used. As expected, a larger amount of DNA was found in blood samples, and therefore a large amount of DNA. However, the amplification success was the same in both methods, especially when the amount of DNA from saliva samples was increased before being amplified. However, success in identifying the sex of individuals was dependent on the technique, ranging from 100% success for blood samples to 66% for those of saliva origin. However, an optimization of the genetic protocol increased this success to 75%.

If the study confirms that blood is a tissue of first choice for genetic analyses, it also shows that oral samples could be used in certain circumstances, since they notably allow the reliable sequencing of mitochondrial genes up to a certain size. The amount of salivary DNA obtained in this study was also greater than what is generally obtained using a third technique, with plucked feathers. The identification of the sex of individuals by salivary DNA, although having a lower success rate than with blood DNA, led to a systematically concordant conclusion between the two techniques.

If it is more efficient on the genetic level, using blood to sample DNA is also more restrictive. The risks of infection following a puncture of the vein are greater in tropical environments, not to mention the risks of injury due to the method itself. Moreover, if it remains unclear how stressful the withdrawal of blood can be for the animal, the method requires longer handling, which is itself particularly stressful for certain sensitive species, and in particular the younger individuals. Finally, taking blood imposes a certain cost and organization in the field and during transport, while oral samples, which are kept dry, represent an accessible method in all conditions. Certain information on the physiology, ecology or biology of species (hormonal levels, immunological parameters, presence of certain parasites, etc.) remains, only accessible with blood samples.

Ultimately, the choice of the sampling method to be used results from an assessment of the best ratio between the need for information and the constraint imposed by the method, both for the researchers and for the animal. The authors of the study also suggest a compromise in the case of studies on a large number of individuals, with saliva sampling on the entire population but blood sampling only on a randomly chosen subset of individuals.

Christopher Cambrone obtained his master’s degree specialized in behavioral ecology at the Université de Bourgogne Franche-Comté (Dijon, France). He was one of the first students to enter the Caribaea Initiative program, in his first year of master’s degree, during which he initiated his research on the White-crowned pigeon and the Scaly-naped pigeon. He continued working on the biology and population genetics of the two species during his PhD at the Université des Antilles, with the financial support of Caribaea Initiative. He is now involved in many projects of the association, in particular the MERCI project for which he is the scientific coordinator in Guadeloupe.