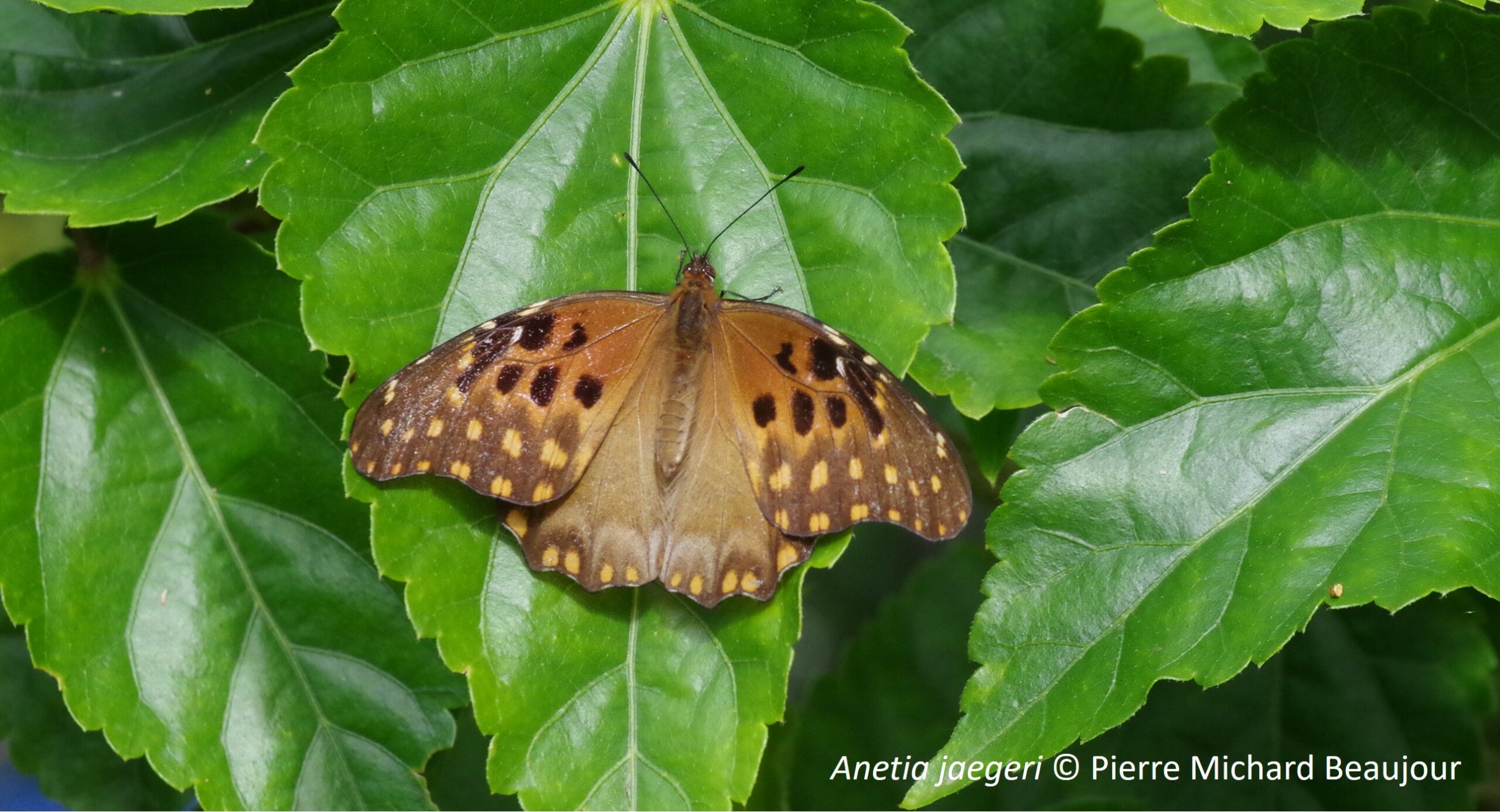 On the island of Hispaniola, the biodiversity of Haiti faces consequent anthropogenic constraints. Deforestation, which unfortunately continues today, is such that the country has lost more than 99% of its primary forests. However, other types of vegetation exist in Haiti. In particular, urban green spaces form a mosaic of potential habitats for many species, including pollinating insects.

Pollinating insects are exposed to various threats on a global scale, such as climate change, the massive use of pesticides, or the introduction of invasive species. Deforestation is a major cause of decline, particularly in tropical regions. The vegetation zones that exist in urban environments can however offer a shelter to certain species and thus contribute, to a certain extent, to the preservation of part of the biodiversity. In a recent study, the interest of urban green spaces for pollinating insects was evaluated in the metropolitan area of Port-au-Prince, Haiti.

Two categories of urban green spaces were studied: private secondary forest remnants and agroforestry plantations, which consists in forested parcels in which part of the trees have been removed to cultivate other plants, while some of the original trees and shrubs are kept for various usages. 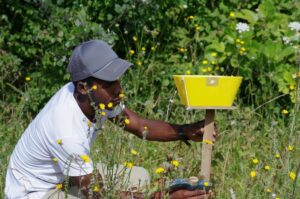 Pierre Michard setting up a pan trap to capture insects.

Pan traps were installed in each of the 16 sites (eight forest plots and eight plantation plots) to capture pollinating insects. Each site was sampled three times, over 24-hour periods. The taxa (order) of all collected insects was identified. Because the knowledge about insects is limited in Haiti, it was not possible to identify to the species level.

Overall, 2,747 insects were collected, belonging to six different orders, including a large proportion of Diptera (flies). Data analysis shows that insects present a greater richness (at the scale of the order) in agroforestry sites compared to the secondary forest remnants. In particular, no Hymenoptera (wasps, bees, etc.), and very few Coleoptera and Thysanoptera were collected in secondary forest remnants. This important result suggests that the various plants cultivated in small agroforestry systems in Port-au-Prince contribute directly to maintaining insect diversity. 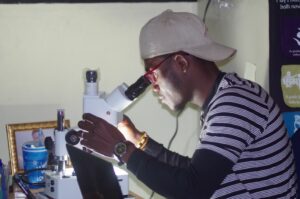 Identification of insects under a microscope.

The benefit of agroforestry sites compared to secondary forests remnants, which may seem counter-intuitive, can be explained by family agroforestry practices. Local people cannot afford to use pesticides, and usually rely on various plant species. In addition, because of unstable and irregular supply of electric power, the light pollution and its adverse effects on biodiversity remain limited.

Another major discovery relies on the sampling of two species of butterflies of patrimonial interest, that were both collected in the two types of urban green spaces. Battus zetides, considered as vulnerable, is a species that is endemic to the island of Hispaniola, meaning that it does not exist anywhere else. The species Anetia jaegeri, considered as almost threatened, is only found in Hispaniola and Jamaica. Their presence brings new knowledge on the ecology of these two species. It also confirms the interest of small urban green spaces for the maintenance of biodiversity in Haiti, a result already observed in birds in a similar study also conducted in the metropolitan area of Port-au-Prince.

Pierre Michard Beaujour worked on the diversity of pollinating insects in Port-au-Prince during his Master’s internship, funded by Caribaea Initiative. He is now working on odonates in Haiti for his PhD research thanks to the support of the association.