Life and habits of the Limia: Feeding strategies of a unique group of fish 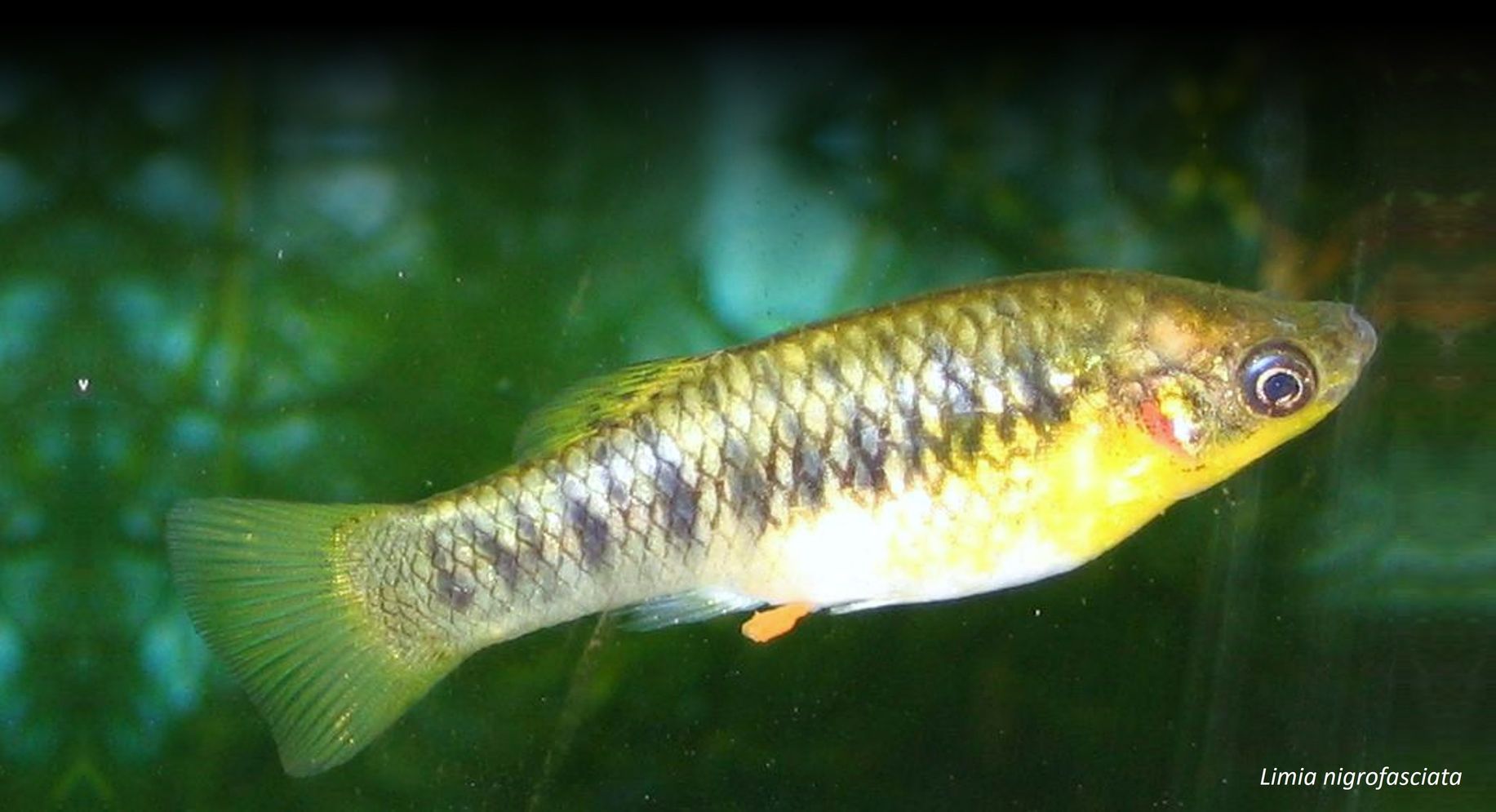 A few months after the discovery of a new species of Limia in Haiti, the research continues on this fascinating group of fish. This time, the feeding strategies of several species were investigated, leading to results which could help unravelling the secrets behind the diversity of this group.

In the Caribbean, fish of the genus Limia keep intriguing scientists. Considered to be one of the groups that had experienced the largest radiation in the region, the Limia counts no less than 22 species already described, the most recent having been discovered last year by the authors of the present study (read the article). The Limia are livebearing fish, meaning that they have the surprising characteristic of being ovoviviparous: the eggs hatch in the body of the female, which gives birth to fully-formed offspring. But what interested the scientists is another peculiarity of this group: their astonishing distribution. Indeed, the islands of Cuba, Jamaica and Grand Cayman are all home to one endemic species, while the island of Hispaniola, considered the center of radiation of the group, counts at least 19 endemic species. In addition, the species are distributed in environments with very diverse ecological conditions, ranging from freshwater springs in the mountains to hypersaline coastal lagoons. Such a distribution could be explained by the occupation of various ecological niches, particularly in terms of feeding strategies and diet.

To understand the feeding habits of the fish, the scientists came to the field and managed to collect nearly 200 individuals in various points of their distribution range: in Cuba, in Jamaica, and of course in several places of Hispaniola, including the Lake Miragoane where the last species of the group was discovered. Eight species were represented: Limia vittata, L. melanogaster, L. perugiae, L. zonata, L. versicolor, L. yaguajali, L. nigrofasciata and L. islai. In addition, some species were collected during two different seasons, the dry and the wet season, allowing to study the variability in the diet from one season to another. 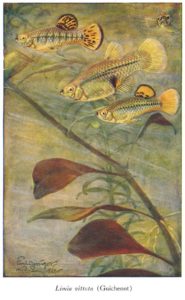 The feeding habits of the fish were studied thanks to a meticulous analysis of the gut contents of each individual. To facilitate comparisons, the food items were classified into different categories: algae, aquatic invertebrates, terrestrial insects, plant material, fish remains and detritus, in the form of sand and sediment. The scientists then determined the proportion of each type of food found in the gut of individuals, as well as the frequency (number of individuals for each species of fish) at which these types of food were observed.

The results confirmed the overall dietary preference of Limia fish for algae and detritus, often present in large quantities in most individuals. However, a few species turned out to have a more varied diet, including moderate amounts of aquatic and terrestrial invertebrates, while two species showed a high level of specialization towards detritus and algae. More surprisingly, some individuals of the Cuban species L. vittata, a species thought to be detritivorous, showed an exclusive preference for fish and crustaceans. This observation raises the question of the reason behind such intraspecific variations, possibly linked to environments with different salinity levels. Finally, out of four species studied in both seasons, three adopted a more varied, omnivorous diet during the dry season, which could be explained by a more important presence of these prey in the environment during this season.

This study is one of the few that investigated the feeding behaviour of this unique group, and the only one to do so with a comparative approach. Morphological analyses (measurements of the length of the intestine) did not lead to conclusive results as to a possible specialization linked to different feeding strategies. However, the existence of differences between species in their diets supports the hypothesis according to which this parameter could be linked to the great diversity of this group.