Mangrove crabs and bacteria: a symbiosis on the gills 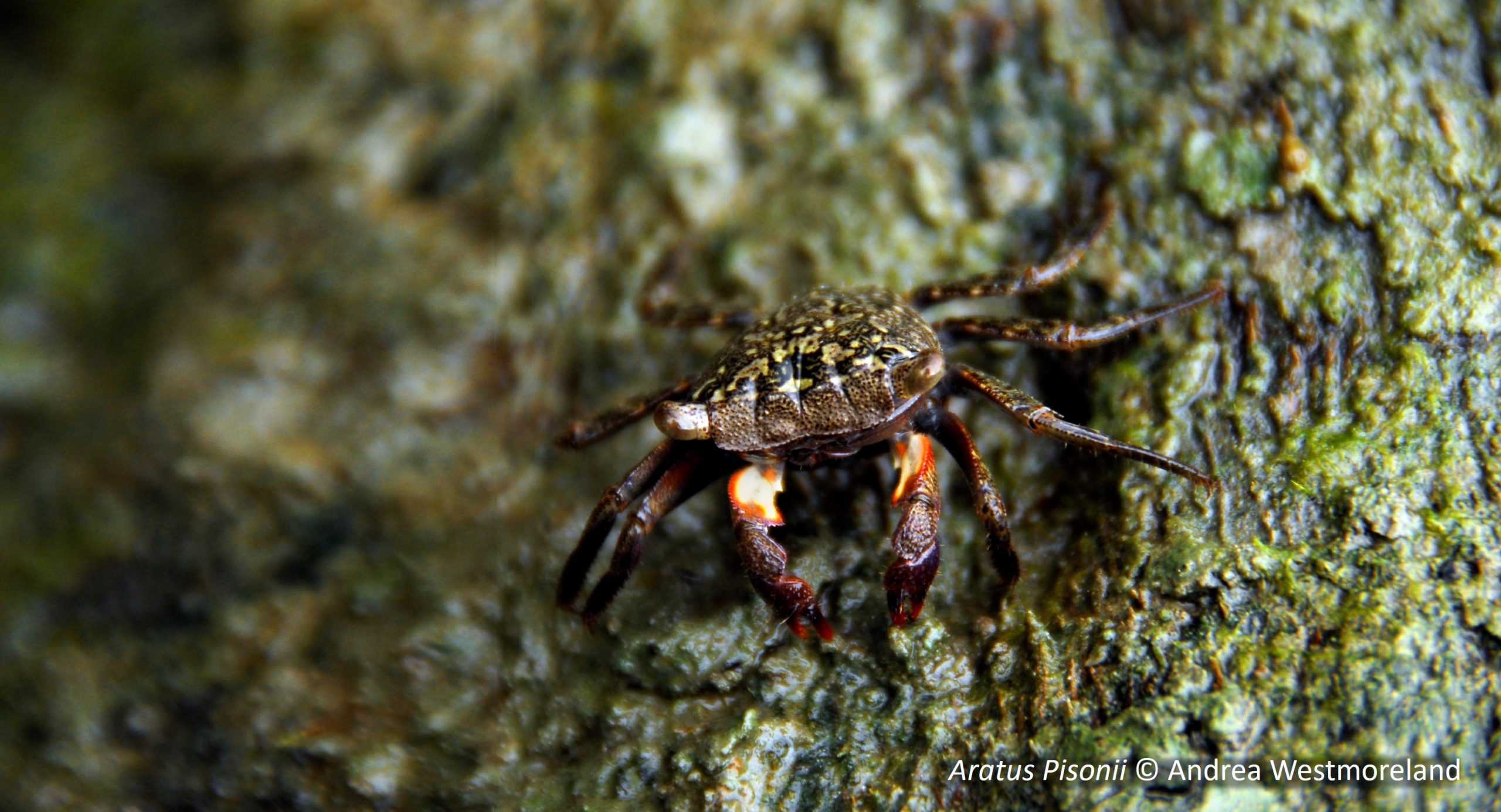 In the Caribbean, mangroves constitute unique coastal ecosystems harbouring a diverse marine and terrestrial fauna. Some of these animals establish symbiotic associations with bacteria, such as molluscs, nematodes or even jellyfish. Recent findings in other mangroves around the world suggest that such associations may also be found in some crustaceans. A fact that was just confirmed in a new study.

Equipped with an array of various scientific tools – scanning electron microscopes, transmission electron microscopes and methods of DNA extraction, amplification and analysis – Naëma Béziat proceeded to a thorough examination of the bacteria found on mangrove crabs. It is under the mangrove trees of Guadeloupe that she collected sixty of these crustaceans: half belonging to a species of arboreal crabs, Aratus pisonii, caught from the trees, and the other half belonging to a species of fiddler crabs, Minuca rapax, found on the sediment.

Once brought back to the laboratory, a very specific part of the crabs was prepared for a high-resolution microscopy session: the gills. Indeed, it is on the gills that bacteria have been discovered in other mangrove crabs from Africa and the Middle East. The impressive images obtained reveal a bacterial biofilm, either irregular or covering the entire surface of the gill, comprising four types of bacteria of varying sizes and specific to each of the two species. Molecular analysis of the bacterial DNA confirmed that the two crab species carry distinct bacterial communities, despite the fact that they both live in the same mangroves. However, the bacteria found are not unknown, since similar strains have been found in other mangrove crabs living in geographically very remote places such as Kenya, South Africa, or even China. Thus, while the existence of bacteria adapted to mangrove crabs seems to be confirmed, the differences found between the two species of crabs suggest that the bacterial communities vary at the local scale. Actually, the two crabs encounter environments with different characteristics, one of them living mainly on the aerial roots of trees while the second remains exclusively on the sediment, which could explain these variations.

Microscopic images revealing the presence of a biofilm composed of bacteria of varying sizes.

The question then arises as to the nature of the interaction between bacteria and their crustacean hosts. At this stage, there is no clear answer but only suggestions based on several clues. Indeed, a glance at the microscopic images reveals that the bacteria are found exclusively on the surface of the gills: the host’s cells are not colonized. In addition, the results of genetic analyses were compared with databases, and the genetic profile of the dominant bacteria does not coincide with any known pathogenic bacteria in crustaceans. Finally, the absence of lesions supports the hypothesis that this exclusively ectosymbiotic relationship is probably not parasitic. The bacteria could thus be commensal, or even beneficial for their hosts. A mystery that still remains to be elucidated.

Naëma Beziat is currently preparing a PhD thesis at the Université des Antilles, Guadeloupe. She is studying bacterial ectosymbionts colonizing the gills and endophragm of mangrove crabs. She benefits for her project from the financial support of the association Caribaea Initiative.