PROSPOVERG project: a meticulous monitoring of birds and mammals in Guadeloupe 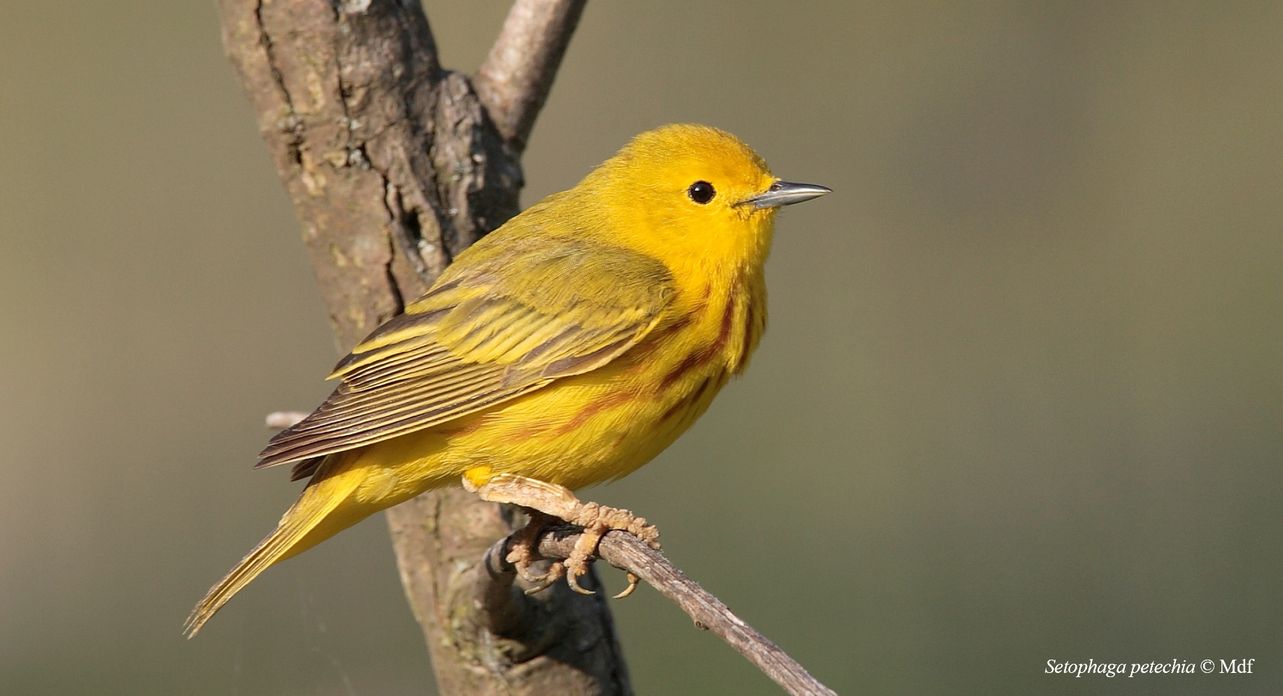 In the Guadeloupe forest of Poyen, a biological reserve located on the island of Grande-Terre, the PROSPOVERG project led by the association Amazona in partnership with Caribaea Initiative keeps going thanks to the financial support of the OFB. The objective is not only to identify the diversity of birds and mammals, but also to train students in the use of scientific methods of wildlife monitoring.

Guadeloupe, like many Caribbean islands, is home to an abundant biodiversity. In diverse environments with varied vegetation, many animal species live in interaction with each other. Accurately estimating this diversity requires specific methods. Two well-tested and complementary techniques, the capture-mark-recapture method and the set-up of camera traps, were thus used to monitor the diversity of the dry forest of Poyen. Over a year after the start of the PROSPOVERG project, in which this research takes place, the forest is beginning to reveal its many secrets. 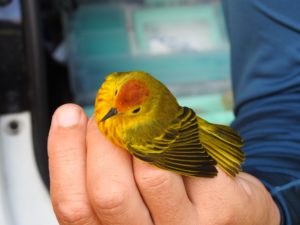 Handling of a male yellow warbler

In the study area, nets have been installed to capture birds in flight. The individuals caught are then marked with a ring on their legs, thanks to which they will be recognized during a subsequent capture. Four sessions of this capture-mark-recapture method led to the identification of 14 different bird species, including many individuals of bananaquits (Coereba flaveola), Caribbean elaenias (Elaenia martinica) and lesser Antillean bullfinches (Loxigilla noctis), as well as other less common species such as pearly-eyed thrashers (Margarops fuscatus) and gray kingbirds (Tyrannus dominicensis).

At the same time, several camera traps were installed near the nets, at the bottom of trees. Cameras are triggered automatically when a movement is detected, allowing animals to be photographed without disturbing them, since no human presence is required. For this technique, both birds and mammals were considered. 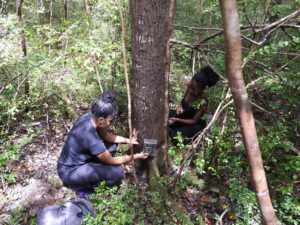 After the analysis of the photos, 11 species of birds were identified. This score, lower than the capture-mark-recapture method, can be explained by the position of the devices: only birds venturing on the ground can be photographed. However, some birds identified in the photos were never captured in the nets, such as the green heron (Butorides virescens) or the mangrove cuckoo (Coccyzus minor). The two methods are therefore complementary. As of mammals, mongooses, raccoons, rats, as well as some dogs and cats were observed. Photographs taken both during the day and during the night were useful to validate the habits of each species: birds and mongooses showed a diurnal activity, while rats and raccoons were nocturnal. The photos also provide other indications, such as the sociability of the species (presence of several individuals in the images), or their temporal overlap. This parameter indicates the period of time in the day during which two species are active at the same time, which gives an indication of the risk of predation of some species, such as birds, by others, such as mongooses or rats.

Some of the species captured by the camera traps: zenaida dove, green heron, mongoose and raccoon.

Apart from the scientific results of the study, for which the data are still in the process of being acquired, the main goal of the project is to train young scientists in these techniques for monitoring wildlife. Birds ringing, in particular, requires handling living animals under conditions that can be stressful for them. Efficiency in the field is therefore necessary both to preserve animal welfare and to produce reliable scientific results. Several Caribbean students at the master or doctorate level have thus been trained in this practice, providing them with essential skills in a region whose extraordinary biodiversity requires, for its protection, the development of substantial local expertise. 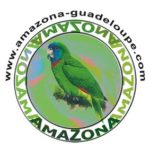 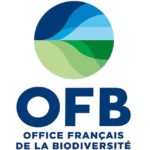