Scaly-naped pigeon populations revealed thanks to their DNA 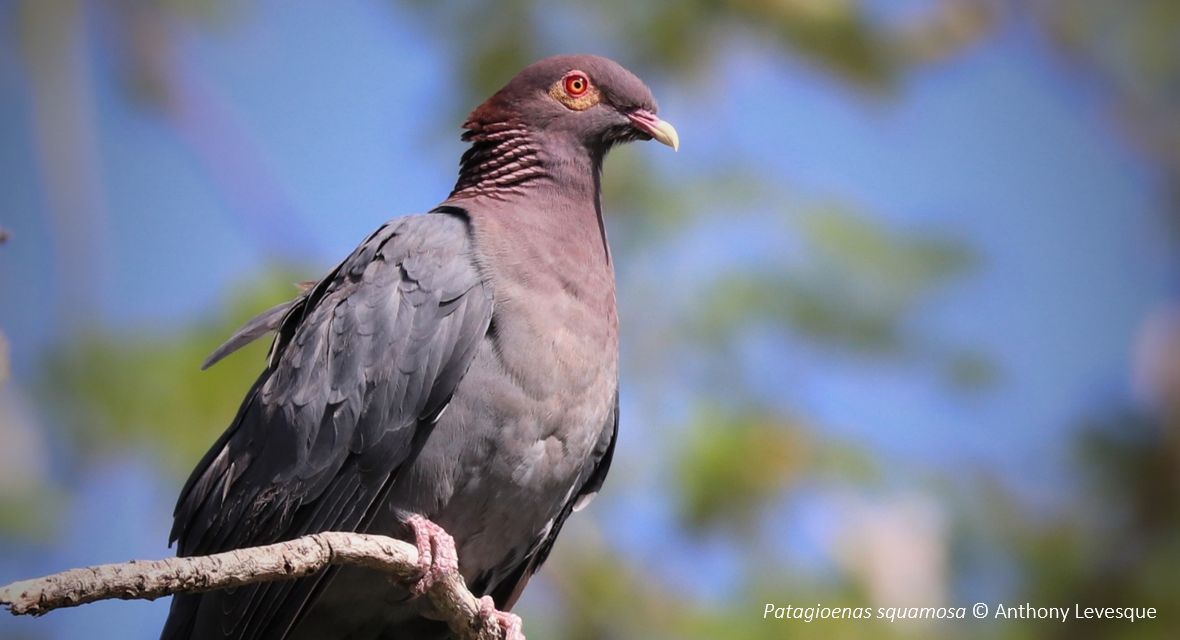 In the Greater and Lesser Antilles, the Scaly-naped pigeon (Patagioenas squamosa) plays an important ecological role in forest regeneration. Like most columbids, the bird can fly for long distances, and therefore participates in seed dispersal thanks to its frugivorous diet. Although its distribution is currently quite wide, the species faces various threats that resulted in a decline in some areas in recent years. In addition to habitat loss and fragmentation, the Scaly-naped pigeon is exposed to intensive hunting pressure, which could ultimately put the species at risk in the absence of any appropriate management plan.

To better understand and anticipate the risks faced by the species, a team of researchers recently studied its genetic characteristics in the Caribbean. Genetic diversity is an important parameter for the persistence of wild populations, since it guarantees a good capacity of these populations to adapt to changes in their environment. Studying the genetic characteristics of a species is also a way to understand its structure, and to define possible subunits (subspecies, populations) and their geographical distribution. 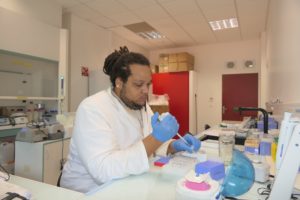 Christopher Cambrone and his team analyzed DNA samples from Scaly-naped pigeons from four different islands: Puerto Rico, Guadeloupe, Martinique and Barbados. By comparing the genetic characteristics of 128 individuals, they highlighted a cleavage between pigeons from Barbados, which have low genetic diversity, and those from other islands, which show strong genetic similarities among themselves.

The genetic characteristics observed in individuals from Barbados are consistent with the history of the species on this island. Originally absent, the pigeons present there are the descendants of a small number of animals that escaped from aviaries about a hundred years ago. The genetic resemblance of individuals from the other islands suggests that the pigeons found there constitute one single large population.

These results are useful in determining effective conservation measures for the species. They suggest in particular that the regulation of hunting would be more effective at the regional scale than at the local scale.

Christopher Cambrone is currently finishing its PhD research at the Université des Antilles, in the BOREA Research Unit, under the supervision of Prof. Frank Cézilly and Dr. Etienne Bezault. His thesis focuses on the biology and population genetics of two species of pigeons present in the Caribbean: the White-crowned pigeon, Patagioenas leucocephala, and the Scaly-naped pigeon, P. Squamosa. This research and his PhD are co-funded by Caribaea initiative.

Christopher obtained his bachelor’s degree in biology and his master’s degree specialized in behavioral ecology at the Université de Bourgogne Franche-Comté (Dijon, France). He was one of the first students to enter the Caribaea Initiative program, in his first year of master’s degree, during which he initiated his research on the White-crowned pigeon and the Scaly-naped pigeon.