Launch of the REVPOL project in favour of urban pollinators 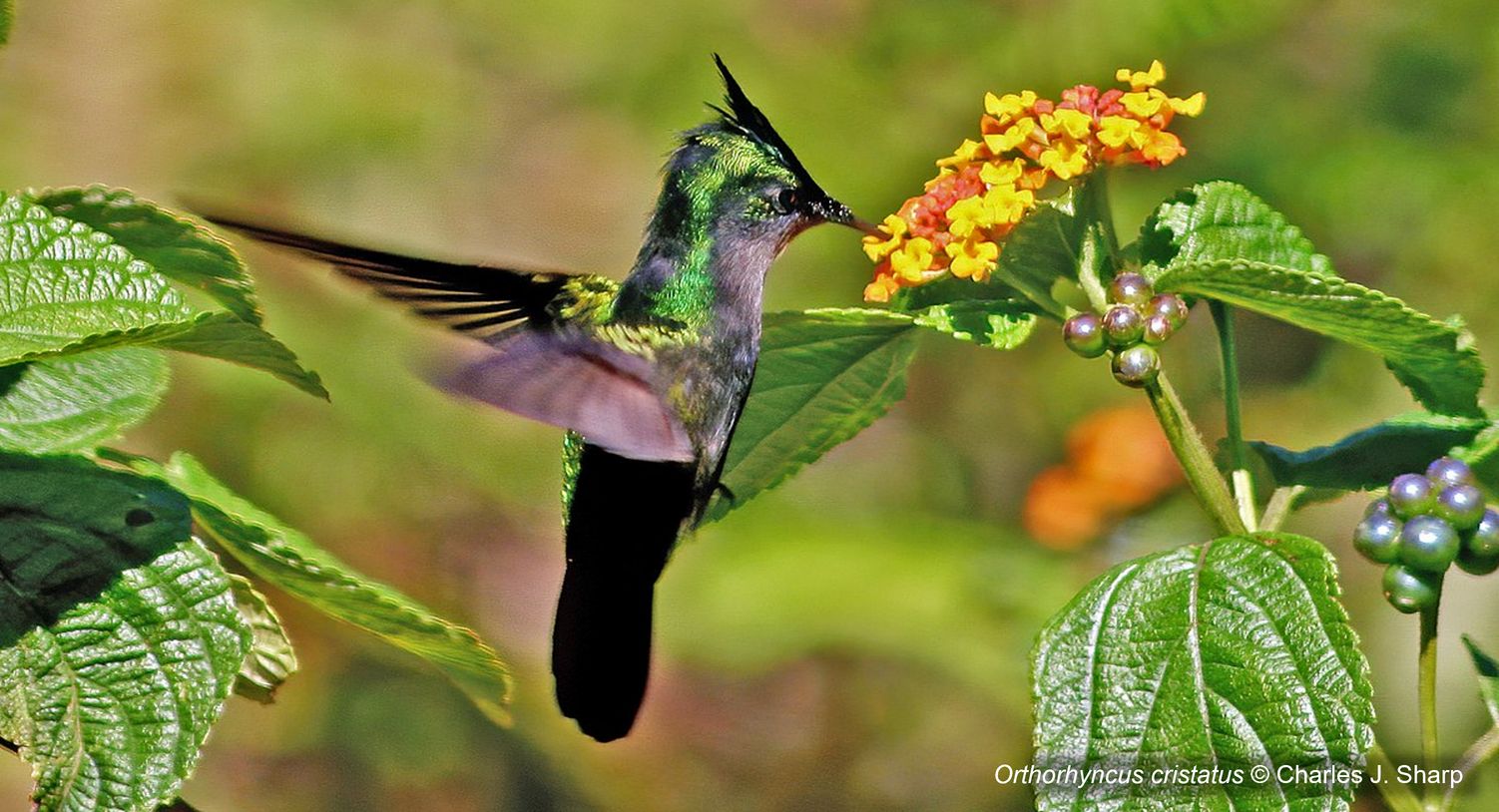 The Caribbean islands are currently considered as one of the most important biodiversity hotspots, but also as one of the most threatened in the world. Among the many declining species, pollinators and the endemic plants associated with them face a very particular threat: that of exotic plants, which can become invasive.

Many exotic flowers have been deliberately introduced into the urban areas of the insular Caribbean for their aesthetic value, bringing a double threat to local biodiversity. On the one hand, these plants are likely to attract pollinators which will then abandon native plant species, whose reproduction might thus be reduced. On the other hand, exotic plants are not necessarily adapted to all local pollinator species, and can even be harmful to them. Consequently, the diversity of pollinators in urban areas, both phylogenetic (presence of various groups of animals) and functional (ability to pollinate various plants) is reduced. The REVPOL project was initiated to bring an answer to such problematic observations. 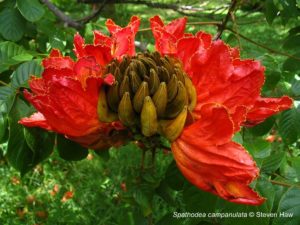 The African tulip tree, imported for its aesthetic characteristics, is among the most invasive species in the world. It is toxic to several species of insects.

REVPOL aims to improve revegetation strategies in urban and peri-urban areas (green spaces, gardens, etc.) in the French Antilles. It will lead to the collection of extensive data on how certain pollinator species, such as nectarivorous bats and birds, as well as butterflies, pollinate native and exotic plants. Carried out with the financial support of France Relance and the Office Français de la Biodiversité, the 24 months project involves two Caribbean associations, AMAZONA and Caribaea Initiative, as well as the Université des Antilles and the Université de Bourgogne Franche-Comté. It will be carried out in the territories of the municipalities of Lamentin in Martinique and Pointe-à-Pitre in Guadeloupe, in close collaboration with municipal administrations.

A part of the project is based on the innovative approach of participatory science: citizens will participate in the data collection after learning to recognize certain pollinator species using identification keys that they will receive. These observations will help to understand the importance of each pollinator for each species of plant, and vice versa. A more experimental part is also planned, with the planting of different plant assemblages in test areas.

The expected results will be used to produce management recommendations for public and private green spaces in the West Indies, particularly in terms of choice of plant species. Indeed, the current recommendations for urban vegetation depend essentially on aesthetic and pragmatic considerations (for example in relation to the characteristics of the place concerned), and do not take into account interactions with pollinators. Different assemblages of plant species will thus be proposed, combining horticultural and ecological interests, leading in particular to the conservation of a rich urban biodiversity.

The REVPOL project is conducted in collaboration with:

The REVPOL project is carried out with the financial support of the European Union – NextGeneration EU, France Relance and the Office Français de la Biodiversité, whose contribution amounts to €143,160.00, i.e. 82% of the total amount.