MERCI project: On the way to the next field missions in Dominica and Martinique 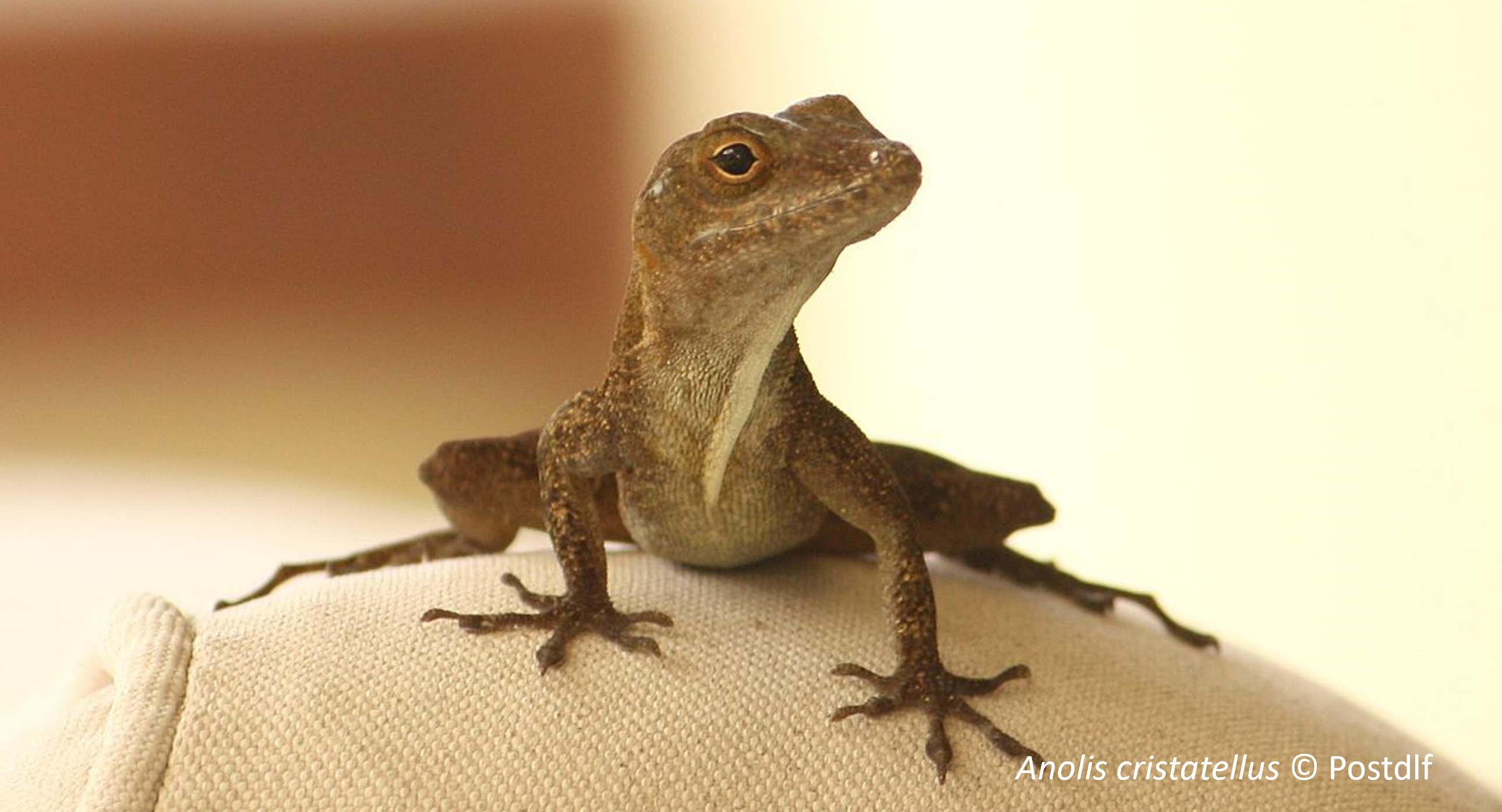 The MERCI project, which aims to study invasive exotic reptiles in the insular Caribbean to anticipate the risks of invasion and adapt management measures, continues in the various territories concerned.

Six months after the first field mission to Saint Lucia and Dominica, a new field mission combining once again training and data recording is about to begin. Annabelle Vidal, who specialized in the study of populations of anole lizard during her doctoral work, will be training five collaborators working in the Forestry, Wildlife and Parks Division, our government partner in Dominica. 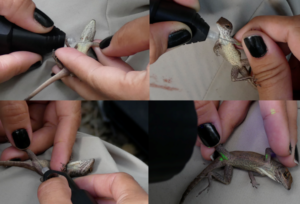 Marking of an anole lizard © A. Vidal

The mission will begin with a theoretical course explaining the methodology used to monitor lizard populations by Capture-Marking-Recapture. This technique consists of capturing individuals in the field and marking them with a unique combination of coloured implants placed under the animal’s skin. The individual released can thus be recognized during a subsequent capture.

Annabelle will then lead the collaborators in the field for several days to put into practice the methodology. Two types of sites will be selected: a habitat where only the native species Anolis oculatus is present and a habitat where the native species coexists with the invasive species A. cristatellus. Anoles from four sites (two sites per type) will be captured and marked during this mission. Recapture sessions will then be organized every two weeks until September 2022 by the newly trained employees, in order to follow the individuals of these sites.

The data collected will be used to estimate the demographic trajectories and to study the survival of the two species of lizards: the local species A. oculatus and the invasive species A. cristatellus. The latter, originally from Puerto Rico, probably began to colonize the island in 2014 at the earliest, precipitating the decline of the native species A. oculatus. The results will thus give insights into the impact of the presence of one species on the other and will help to better understand the threat posed by the invasive species on the local one.

In addition to this study in Dominica, a three-week mission to Martinique is also planned, focused this time on Trachemys turtles and the Tokay gecko. The study will be led jointly by Jeffey Mackenzy Paul, currently working on the invasion dynamics of these turtles as part of his doctorate, and by Christopher Cambrone, one of the scientific coordinators of the MERCI project.

The other activities of the MERCI project are also continuing, in particular through the internship of three master’s students. Stéphane Bance is currently working on setting up a mobile application that will help to recognize invasive exotic reptile species, and to differentiate them from native species. Gloria Chance works on the mourning gecko, an invasive species in Guadeloupe. She focuses in particular on determining its distribution, its relative abundance and its diet. Finally, Norma Anthony works, in Dominica, on the impact of urbanization on the coexistence of the two species of lizard that will be studied during the CMR mission, of which she will also be part. She has already collected a lot of data that she now needs to analyse. 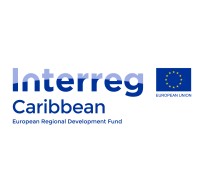